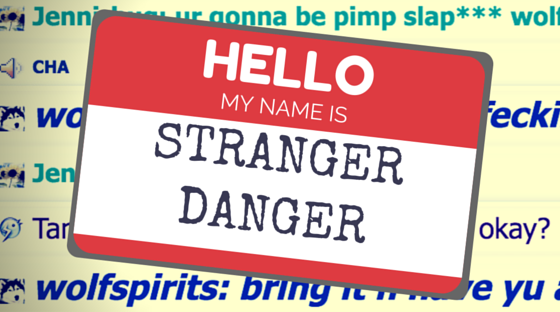 Many of you may have a hard time grasping the concept I am about to introduce to you, too used broadcasting your every waking moment to every waking person to recognize the idea of “unwanted attention,” but please, repeat after me:

I know, I know, that’s totes cray to hear.

I’m aware it’s super serious that you have as many followers on twitter as you do Instagram, while maintaining twice as many friendships on Facebook than people you’ve met in your life.

But are you aware that sharing your name, birthday, contact information, bikini photos, and hourly geotagged updates  online can be dangerous?

No one you’re not at least acquainted with should have access to, or frankly want access to, every minute decision you make during your pubescent life. This may change when you’re old enough to have valid opinions and rational thought processes – Networking with strangers on social media is literally part of my job description, but the kinda of attention I’m seeking is professional and guarded, not flippant and promiscuous.

Your generation is using technology over 10 hours a day. If you hypothesize that an average seven-hour school day, plus eight hours of sleep should be spent without technology, there isn’t enough time left in any single day for you to be on screens for 10.5 hours! To reach that number, technology must be a part of, or interferring with, nearly every part of your youthful daily lives.

The internet is no longer new. I realize you likely completely missed myspace let alone are completely unfamiliar with the goings-on inside of a good, old-fashioned chat room. Luckily for you, I recently scoped out a classic anonymous chat room ‘for funsies,’ so you wouldn’t have to.

Just as it was 15 years ago, the majority of fun is being had at females’s, or other minorities’, expenses. Sexual harassment and bullying still dominate conversation – Ah, felt like the good ol’days!

Just a snippet of what genius, thought-provoking idea exchanges you can partake in online in public chatrooms!

Just because you were born retina-screen-in-hand and have never lived a life without war doesn’t mean you are innately ready to combat the dangers of online predators and professional scam artists.

The white vans and boogeymen of my yesteryears are still thriving. Thanks to MTV and the hilarious show that inspired this post by countlessly showcasing the rampant naivety online, in 2014,  Merriam-Webster had a second definition to attribute to the term ‘Catfish’.

“Fraudulent or deceptive purposes” has proven to be a widely open category of crazy schemes and online villains with incomprehensible motives and apparent time on their hands… http://www.merriam-webster.com/dictionary/catfish

I’d like to think that most of your generation is more aware and grounded in reality than the victims I watch fall prey to fake profile pictures and con artists on MTV, but apparently the majority of American pre-teens and teenagers didn’t wisen up about contraceptives until 16 and Pregnant aired on the network.

What’s worse than getting humiliated on your homies’ favorite TV Network? Getting your identity stolen, your computer hacked or worse – those of your parents.

If you truly are of Generation Z, congratulations on your youth and lack of real responsibility. It must be nice having someone else’s credit card stored to your apple account…

Q: What other information is out there about you or your family, where?

Think about all the things you do and say online besides run your parent’s phone bill up with underaged Tinder Premium subscriptions and CandyCrush in-app purchases. What information is out there about you and your family because of you, and where?

A: Chances are it’s everything and everywhere.

If a 1997 creeper with a van could find my friends and I just from an area code and initials in a screename, what could a 21st-century criminal do with all that you’ve made available?

P.S. – Before you send that snapchat, remember one thing: SnapChat saves and *owns* all of your photos and private messages long after they’ve disappeared from your own phone.

P.P. S- Oh yeah, did I mention: Brands may be using your information and personal pictures to sell their sh*t.

YEAH – The corporate creepers you share your information and pictures with by engaging with their brands via social media (e.g. tagging them in a photo you took of their product, commenting on a link to their website a third party shared with you or even allowing a company to follow you) immediately claim commercial use rights your posts if you mention their brand, making it impossible to “pay respect” to a company or product without also paying personal information.

Thoughts on my thoughts? Cancel reply 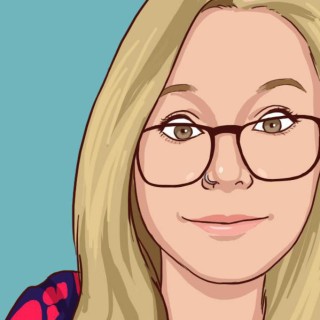 I tweet a lot, am a dork for digital communications and support all things #WomenInTech.

A Library of Literary Interestingness

Chenxi's musings on technologies, security, and a connected life.

Not A Factory Anymore

A blog about software delivery, Agile & DevOps by Mirco Hering

Thoughts on social media, digital communications plus working in tech from a 90's kid - Halie Noble

Empowering Leaders 300 Words at a Time